So, there is not much to talk about this week because the cosmic energy is minimal – we have only two aspects and a single sign change.  Take advantage of this energy while you can because we do not get another astrological break until the end of the month and Mercury goes retrograde next week and will stir up trouble.

Venus is the major playing this week and love and money are going to take center stage, especially when Venus moves out of structured Capricorn and into Aquarius.  While Venus is in the sign of the water bearer, relationship needs are met through friendship and intellectual stimulation, and in most cases, expresses itself in a detached and often ambivalent way.  Venus in Aquarius is ethical and loyal with a strong distaste for intense emotions and will shut down if it feels like it is being emotionally manipulated.

On the personal level, Venus in Aquarius reflects a cyclical period where we need to look at our relationships using reason and logic rather than through emotional connection and earthy necessities. If your relationship is not working, then it’s time to look at the reasons why problems are occurring, which requires honesty yet will give you the strategy to improve your relationships.

Financially, Venus in Aquarius is effective to develop financial strategies for the future.  Again, using a detached and emotional perspective, this placement provides you with a cool and logical approach that will help you see problems in your current financial situation and will provide you with the tools to deal with them.  Since Saturn, the natural ruler of Aquarius is moving through goal-oriented Capricorn, your chance of success and resolving your financial issues once and for all.

END_OF_DOCUMENT_TOKEN_TO_BE_REPLACED 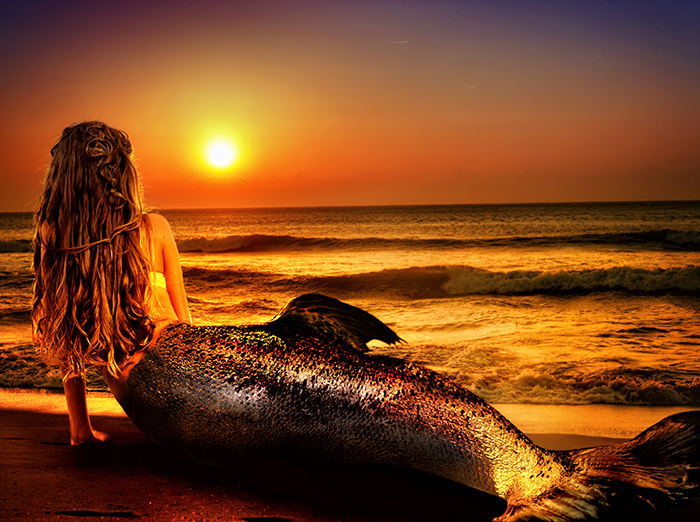 So, this week we have so much astrological energy that it may give you whiplash because almost every area of your life will be affected, but the good news is that the cosmic weather is all positive.

Can I get an amen, especially after that intense Mars – Uranus conjunction last week?

We have a couple of headliners this week – The Sun moves into Pisces and we have a Full Moon in Virgo.

On Monday, we leave the airy socially conscious sign of Aquarius and dive deeply into the watery world of emotional Pisces.  In Kabbalah, Pisces is considered the sign of joy because of the amount of light you will receive from the universe and you will find that you are more compassionate, understanding, and willing to help those around you.  However, be on guard and try to keep your personal boundaries in place because Pisces energy is so receptive to others that it is easy for people to take advantage of you.  Also, Pisces season heightens your intuition and creative abilities, and everyone can use more of that.

The Full Moon occurs in Virgo on Tuesday.  Now, this is an interesting Full Moon because it happens at the earliest degree of Virgo and reflects that old things must come to an end and that you need to embrace the new.  Holding on to ‘dead works will lead to apathy and depression, so do yourself a favor and just let it go regardless of how difficult it may be.

On the magical level, we can use this Full Moon to eliminate unhealthy patterns, dysfunctional behaviors, and self-destructive habits.  Additionally, since Virgo does have influence over our jobs, if you want to leave your current job and find something new, you have a six-month window to work through and then in late summer begin to magically petition for the job you ultimately want.

END_OF_DOCUMENT_TOKEN_TO_BE_REPLACED 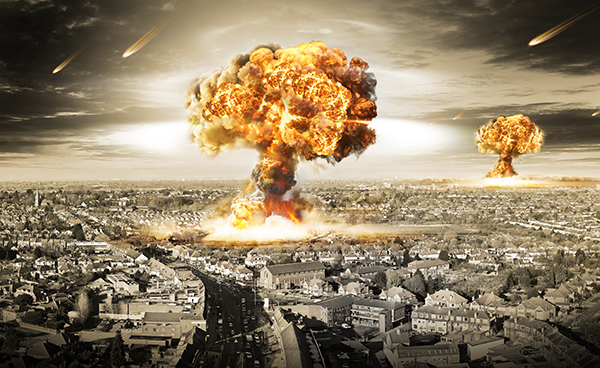 So, there are only a couple astrological aspects this week and a single sign change, but that doesn’t make the week any less potent.  In fact, this is one of the most power-packed weeks of the year as Mars, the warrior god, takes center stage.

Mars is about getting what you want and desire. He is the fighter planet for the Sun, so when he is the major planetary energy of the week, our ability to push our will onto the outer world becomes increasingly important.  Now, whether the outer world is going to work with us is another story.

The most important aspect of the week is Mars conjunct Uranus, which happens on Wednesday.  Classically, Mars conjoined Uranus tends to erupt on the world stage, so be prepared for some shocking unexpected event that may occur this week.  On the personal level, events that leave us feeling frustrated may cause explosions of their own, so it’s important to try to maintain your composure throughout the week.

We start Monday off with the Moon moving through earthy Taurus. Taurus loves luxury and anything elegant or scrumptious.  Monday is great for a cheat day and since the only aspect that the Moon makes is a sextile to Venus, going out to dinner with friends or your significant other may be the cherry on top of your cosmic ice cream sundae.

The Moon continues its trek through Taurus and forms several beneficial aspects to Neptune, Saturn, and Pluto.  It’s a good day to focus on financial and business concerns.  Anything you focus on should prove successful, so put your best foot forward.

Mars conjoins Uranus during the early morning hours and your impatience will be apparent throughout the day.  If you feel aggravated by others, then it’s best to take a deep breath and walk away before you do something you may regret later.

One way to work through this aspect and its abundance of energy is to do something that expresses your individuality.  You need something that has a personal stamp on it for you to feel happy and satisfied with your life.

An important note:  Avoid doing anything risky because Mars conjunct Uranus is rather accident prone.

Happy Valentine’s Day!  Mars moves out of his own sign and into earthy Taurus.  Although Mars settles down in Taurus, this energy gives Mars a very determined edge that lets you overcome just about anything. Mars in Taurus is great for business because it gets things done, which is great if you have projects that need effort and elbow grease to get them completed. The only thing you must do is learn to give up if something seems pointless.

The Moon moves into emotional Cancer during the early morning hours and your moods may fluctuate throughout the day.  The Moon forms an opportunistic sextile to Mars, which will give you a boost of energy when needed. Since the Moon is in Cancer, it’s a great day to reach out to family members, especially those you haven’t been in touch with for a while.

On Saturday, the Moon continues to move through Cancer, but it forms aspects that are challenging – oppositions to Venus, Saturn, and Pluto. Your emotions may be on edge, so it may be a great day to stay in and relax. Otherwise, conflicts with others may spoil your day.

Venus and Neptune form a sextile on Sunday.  This is a great day to focus on relationships because you are sensitive to your partner’s needs.  If you missed Valentine’s Day, today would be a great time to celebrate with that special person you love.  If you are single, use this energy for artistic or creative endeavors. 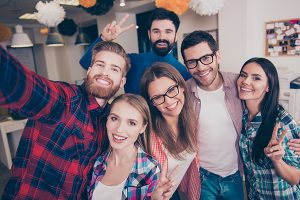 So, this week we have nothing but positive aspects.  Whew!  We can all breath a sigh of relief because this type of energy doesn’t happen often.  However, there is a catch – we need to make sure we take full advantage of it by ‘taking action’ and not letting this potent period pass us by.

The headliner of the week is the New Moon in Aquarius.  Aquarius is the sign of the group, collective thoughts, and higher-minded ideals.  When you combine Aquarian energy with the New Moon it’s a great time to explore expanding your sphere of influence.  You can do this by seeking out new friendships, getting involved in groups with like-minded individuals, participating in meetup groups, or even joining the local country club.  The key from this potent lunation is the need for support from those around you that are not bound by familial ties and obligations but from social connection and likeability.

New Moon cycles are great for magical and intention work.  You can use this New Moon to attract new friends, standing up for your beliefs, or even succeeding with activism activities.  The New Moon in Aquarius is about bringing people together by engaging in our similarities and our collective goals rather than our differences.

Besides the New Moon that occurs in Aquarius on Monday (see above), the Moon makes harmonious aspects to Jupiter and Mercury.  This is a good day for business activities, signing contracts, or resolving legal matters.  If you have unresolved issues or recently had a conflict with a friend or associate, Monday is an opportunistic time to resolve disagreements and patch things up.

Happy Chinese New Year!  The Moon spends its last day in social Aquarius and once again makes several enjoyable aspects throughout the day. Tuesday is good for networking or socializing with friends.  As the Moon sextiles Uranus, a surprising new alliance may occur unexpectedly.

The Moon spends its first full day in watery Pisces.  You will find that you are more sensitive to the emotions and intentions of those around you.  Since the Moon forms a lovely sextile to Venus, it’s a great day to relax, pamper yourself, and perhaps spend time with your significant other.  If you are single, a night with your tribe may be on the menu.

Thursday is a day to highlight in your calendar because it’s one of the most positive days of the year with the sun forming an opportunistic sextile to Jupiter.  Your outlook on life will be positive and you will easily notice opportunities you should take advantage of when they are presented to you.  All group projects and activities are encouraged because it’s easy to work with others while this aspect is active.  Also, Thursday is an amazing day to look at your goals and ambitions for the next few months.

The Moon moves into Aries during the morning hours on Friday giving you an extra boost of energy – kind of like a cosmic Redbull.  The good news is that you can use this power fuel to get things accomplished, but the bad news is that you may be highly reactive to people around you.

Friday evening is not a night to go out on the town because the Moon forms a complicated square to Venus.  Conflicts with others are highly possible, so if you can avoid personal interactions, then do so.

Although Friday evening will be tense, Saturday will be easier.  Mercury forms a nice aspect to Uranus and it’s a great day to spend with your social circle or other like-minded individuals.  If you’ve been feeling a bit of cabin fever over the winter months, this would be a great day to get out.

On Sunday, Mercury leaves Aquarius and dives into the deep waters of Pisces.  Mercury remains in Pisces until mid-April which gives us an extended period of intuitive insight.  Mercury in Pisces is great for creative or artistic based projects.  However, be prepared, Mercury goes retrograde in Pisces in early March and direct communications with others will become more complicated.