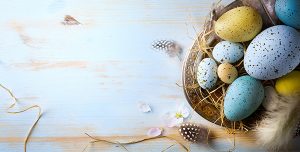 So, this week we begin a new solar astrological cycle as the Sun moves out of watery Pisces and into fiery Aries.  Let the season of spring begin!

The sign of Aries is perhaps the most individual of all the astrological signs because it represents that burst of energy that creates life.  Practically speaking, Aries season reflects a cycle of leaving the past behind and creating a new beginning by taking charge of our lives.

Aries is probably the most competitive of the astrological signs.  It likes to win, and we can use this energy to create objectives and goals that we can achieve.  You only need to infuse it with a dash of ambition, a peppering of confidence, and a scoopful of determination.

While we are in Aries season, it’s a beneficial time to focus on what you would like to accomplish and what reforms you would like over the next year.  This week we are provided with two planetary assists – Mars in Taurus trine Pluto in Capricorn.  Both configurations occur before the Sun moves into Aries on Wednesday and gives us a cosmic boost to see what is wrong, what we are unhappy with, and what needs to be reformed.  It’s best to take advantage of this while you can.

In other astrological news, we have a Full Moon in Libra.  Libra is the sign of relationships and when the Full Moon falls in the sign of the scales, it’s time to get rid of the relationships in our lives that are no longer working.  As Marie Kondo says, if it doesn’t bring you joy or make you happy, get rid of it.  You can use this same philosophy in relationships.

We start the week off in dramatic Leo and the drama may begin rather early as the Moon opposes Venus and then squares Mars.  Difficulties with people around you may surface during the morning hours that may leave you rather flustered.  However, once the Moon trines Jupiter everything should work itself out and the rest of the day should go well.

The Moon moves into Virgo and forms no aspects during the day.  It’s a great day to work on projects that are focused and detail oriented, be in service to others, or do chores around the house.  Since Mercury is retrograde, it’s also a good day to look at your habits and daily schedule to see if adjustments or changes need to be made.

Reform is the name of the game on Wednesday as the Sun moves into Aries and spring officially begins.  Mercury forms a lovely sextile to Saturn during the morning hours, which is good for all activities that need focus.  Also, the Full Moon happens on Wednesday evening in Libra.  Use the Full Moon to eliminate toxic relationships from your life.

We have another big day Thursday as Venus makes aspects to Mars and Jupiter.  During the early morning hours, Venus forms a challenging square to Mars.  Now, this aspect is great for some make-up sex, but often it brings tensions or resentments to the surface.  You may need to ultimately compromise with your partner to get what you want. The good news is that later in the day, Venus sextiles Jupiter and gives you a lucky boost to resolve any difficulties that may have occurred.  Plus, Venus sextile Jupiter is great for financial activities and legal matters.

The Moon moves through harmonious Libra on Friday and its feathers may be ruffled as it collides with Saturn and Pluto.  During the morning hours, you may have an attack of self-doubt or overwhelming feelings, but the afternoon looks favorable as the Moon sextiles Jupiter and trines Venus.  Also, Friday is great for a date night while the Moon continues her trip through Libra.

Mercury forms a conjunction to nebulous Neptune in Pisces, which could lead to plenty of confusion and possible deception.  Verify everything and take nothing at face value.  However, the positive side of this aspect is that it is great for spiritual and creative work.