Of course, I am sure that you guessed that the newsmaker of the week is Mercury.  Before Mercury goes retrograde on Friday, make sure you wrap up any holiday plans you have, sign anything that needs to be signed, and backup your computer.  The traditional areas of concern are relevant this retrograde cycle:  do not sign documents; do not make large purchases; do not formalize any agreements; do not start anything new; if you must travel, expect problems with automobiles and appliances.  There is one little tip that you may not know about Mercury retrograde, when he is retrograde he is great for deals and bargains, so do not be afraid to haggle a bit.

Once Mercury retrogrades in Sagittarius, there will be a few days of stagnant energy before Mercury begins to move again so you may feel restless and drained, and frequently it is easy to get caught up in the details.  All retrogrades reflect periods where you need to reflect, and this one is no different.  The difference in Sagittarius is that this retrograde season it is necessary to focus on revising your big picture and making it more adaptable to your current life.  Do you have goals that have become unmanageable or you feel are beyond your grasp? If so, then you may want to break them up and make short-term goals that are achievable and then build upon them.  You may also be confronted with a cosmic slap in the face when you realize your ideas have been wrong, and you need a course correction.  Regardless, Sagittarius is about vision, and you may need to tweak yours during this cycle. Additionally, try not to get caught up in so many details that you lose track of the big picture entirely because this will only lead to feelings of defeatism and possible depression.  Try to stay as inspired as possible.

The Moon moves through earthy Capricorn and tangles with Pluto during the afternoon hours. Intense emotions may surface that may frighten you.  Avoid obsessing about anything that comes up.  Later in the afternoon, the Moon will sextile the Sun and any emotional turbulence will begin to fade.  Do something with your social circle to distract yourself temporarily from your concerns.

During the morning hours, the Moon forms a frustrating aspect to Uranus.  Your emotions will be all over the place and you may feel stir crazy and anxious.  The good news is that the Moon is void of course, so anything that you worry about will not materialize as badly as you expect, and most likely nothing will come of the matter.  Additionally, the Moon will quickly move into social Aquarius and forms a lovely sextile to Jupiter.  You may receive good news during the afternoon hours. 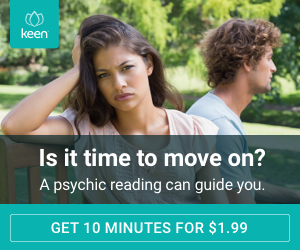 There are no major aspects on Wednesday, and the Moon only forms a beneficial aspect to Mercury.  Wednesday is a great day to reach out to your business network or for developing relationships in your career.  Invite a colleague out to lunch because your career circle will prove useful in the future.

Thursday is the biggest day of the week, astrologically speaking. There is a harmonious aspect between Mars and Uranus, and then Mars slides into Pisces during the late afternoon.

Let’s begin with Mars in Aquarius sextile Uranus in Aries.  All Mars-Uranus aspects are a bit ‘in your face,’ but sextiles (beneficial aspects) are easier to manage. You may feel impulsive and in need of change throughout the day, and areas of your life that feel stuck may become noticeable. Although you may feel irritable, Mars sextile Uranus can often give you enough energy to burst through problems in your life and set you sailing on a new course or direction.  This push can often come from people in your life that may challenge or inspire you to move to the next level. This aspect is about encouraging change in your life that is innovative and individualistic, and it does so by shaking things up that are stale and stagnant.  The good thing with Mars-Uranus aspects is that it always gives you the energy to make the changes necessary to succeed.

Next, Mars moves out of Aquarius and into Pisces.  Since March, Mars has been in Saturn ruled signs.  This Saturnian influence can make life feel restrictive. Mars is the getup and go planet, but with Saturn’s control, it can feel like you are driving with the breaks on, especially if you are a fire sign (Aries, Leo, and Sagittarius).  However, Mars’ tone changes when it lands in Jupiter ruled Pisces.

Mars in Pisces is the spiritual warrior and with this placement, you will feel more compassionate, empathetic, and generous with others, which is great during the holiday cycle.  Mars in Pisces needs to feel support by others, and you will strongly need validation those you care about.  This Mars cycle is great for creative work because your imagination will be ‘more’ active than normal.  The only drawback to Mars in Pisces is that the energy can be a bit erratic.  So, you may need force yourself to be more focused than you ordinarily would.

During the morning hours, Venus will turn direct in Libra.  Pressures and strains on your relationship should begin to recede over the next week.  You will be able to repair any damage to relationships that may have occurred, and if you did the work during the retrograde (see Venus blog), then you can make the necessary changes to improve any relationship difficulties discovered.  Since Venus is in Libra, the sign she rules, moving forward will be harmonious because Libra is the natural diplomat and seeks order and balance.

Now just a gentle reminder, as I stated earlier, Mercury will turn retrograde on Friday evening.  Don’t forget to finalize plans and back up your computer.  For magical practitioners, I recommend Van Van candles and blockbuster magic to minimize the effects of the retrograde.

The Moon moves through emotional Pisces for the bulk of the weekend.  You will be sensitive to other people’s feelings and may be called upon by those in need.  Otherwise, it’s a great weekend to get all your Thanksgiving festivities in order.