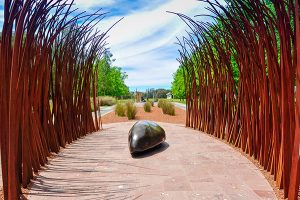 So, this week is a mixed bag of tricks when it comes to astrological aspects, but Saturn in Capricorn rules the roost and despite the day-to-day changes in energy, the need for structure and stability will overlay everything this week.

One of the most interesting aspects of the week is a sextile between Saturn and Neptune.  In 2016, we got a bird’s-eye view when Saturn squared Neptune. Of course, this was expressed through the 2016 presidential election and Brexit.  The forces of structure, stability, entitlement, and the establishment came face to face with the disenfranchised, the invisible, the left behind, and the financially challenged. Although the urban areas thrived over the last decade, the rural areas were forgotten and their communities were decaying, which led to the election of Donald Trump and Britain’s vote to leave the European Union.  However, both the 2016 presidential election and Brexit are shrouded in controversy and potentially corrupt covert behaviors.

This year, Saturn and Neptune are forming a sextile which provides an opportunity for these drastically different planets to come together.  Perhaps, we will see Saturn act compassionately and begin to look at global repercussions rather than the bottom line, which may benefit only a select few.  Alternatively, Neptune may realize that the pathway to an inclusive society may involve everyone putting forth an effort, being responsible, and accepting a drastically changing world that pushed towards a progressive future rather than an antiquated past. Regardless, we must come together in order to heal the pains that divide us and part of that may involve accepting harsh truths and swallowing bitter reality or continue down this dangerous path of never-ending division.

The Moon moves through emotional Scorpio and forms a sextile to Pluto in Capricorn.  Although your emotions may be heightened, it’s still an opportunistic time to stand in your personal power.  Let your feelings be known but remember to keep other people’s feelings in mind, as well.

On Tuesday, you will find the need to express yourself important, not only because you have something to say, but because newly discovered insights into yourself have made self-expression the main concern and part of your greater purpose.  You may even find that you will earn others respect by speaking your truth.

The Moon moves through joyful Sagittarius and makes wonderful aspects to Venus and Uranus.  The next two days are great to spend time with loves ones and perhaps do something different to spice up your love life. This energy will continue through the weekend because Venus will trine Uranus on Saturday.  Sometimes, we all need to let down our hair a little.

We take a small break from the positive energy of the past few days when Mars forms a difficult aspect to Pluto.  On one hand, this aspect is supercharged to pursue your ambitions and you are very motivated to level up. On the other hand, you may find opposition from others and they may attempt to thwart your progress.  You need to keep your cool and avoid doing anything underhanded or ruthless.  Also, avoid dangerous areas because Mars square Pluto can be violent.

The Moon moves through structured Capricorn over the weekend, which means that it’s a great weekend to wrap up loose ends or take care of long-term responsibilities.

On Sunday, Mercury forms a lovely opportunistic sextile to Jupiter.  Despite it being a weekend, it’s a great time for business opportunities or strategic planning.  Sunday is also a great day for contractual obligations.